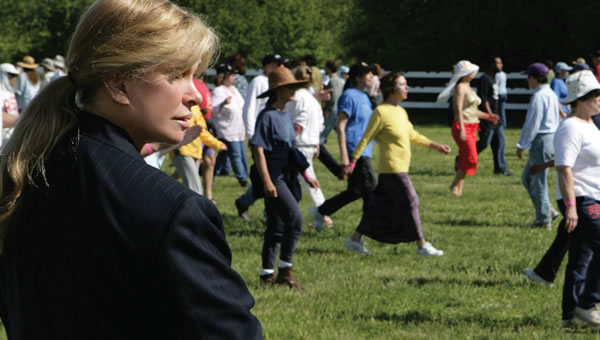 Ramtha lived as a human being 35,000 years ago on the ancient continent of Lemuria. The Lemurian culture was highly spiritual. Due to dramatic Earth changes, many Lemurians migrated from what is now the U.S. Pacific Northwest through Mexico into the Atlantic basin (then Atlantis).

As a young boy, Ramtha was a part of that pilgrimage. Atlantis was an advanced, technologically oriented civilization. The Lemurians were thought to be soulless by the Atlanteans (or “Atlatians” as Ramtha calls them) and subjected to the worst kinds of abuse. At 14, Ramtha became a conqueror who freed his people from Atlantean tyranny. He became the greatest of all warriors, for his ignorance and hatred were overwhelming and he feared nothing.

Many people from all races joined Ramtha’s crusade. Over the course of 63 years, he conquered two-thirds of the then-known world. Traces of this march can be found in the remnants of ancient traditions. The great warrior was also known as Rama of the Hindu religion, the first God of the people of India. Late in his march, Ramtha barely survived a brutal assassination attempt. During his seven-year recovery, he contemplated the mysteries of nature, the life force, and what his people from Lemuria called the Unknown God. From that long study, he learned to leave his body and ultimately to take his body with him. This was his greatest enlightenment. Finally, he ascended in front of his people, promising to return.

Where does Ramtha come from?

He was originally from Lemuria. Some people have referred to him as a Neanderthal or Cro-Magnon due to the time period. In Ramtha’s cosmology, he states that mankind has been in existence much longer than the view held by conventional science. Ramtha says mankind is millions of years old and that very advanced civilizations coexisted with lesser ones. Without entering into the debate about lost civilizations or anthropological findings, it is important to note that the conventional view is increasingly being challenged. It has recently been discovered that mankind used tools as early as two million years ago. The important element that is usually omitted from reports on Ramtha is that he is a human being who attained enlightenment like Siddhartha Gautama, who became the Buddha.

What is an ascended master?

The term “ascended master” means different things in different belief systems. An ascended master is one who learns to become one with the source of all reality, the godhead. Through their experiences and/or study, they overcome the limitations of the human experience. Their bodies begin to vibrate at a high rate of speed, a vibrational frequency that is one of universal and unconditional love. Jesus is an example of an ascended master. There have been others, some well known and some known by very few, like Apollonius of Tyana. When a great being “ascends,” he or she actually takes their body into a frequency and dimension that vibrates more rapidly than the human eye can see. Ramtha became an ascended master late in his life.

Why does Ramtha speak through JZ Knight?

Ramtha does not wish to be worshiped. His greatest message is that God is within every individual. If Ramtha lowers his frequency to that of physical mass, he can be seen. JZ has seen him, as have a few others. However, if he were to appear routinely in his physical body, many people would likely deify him, as has happened to others who have attained godhood. Another reason is because God has traditionally been viewed in the Western world as a male. Ramtha speaks through JZ Knight’s body to demonstrate that God is both male and female.