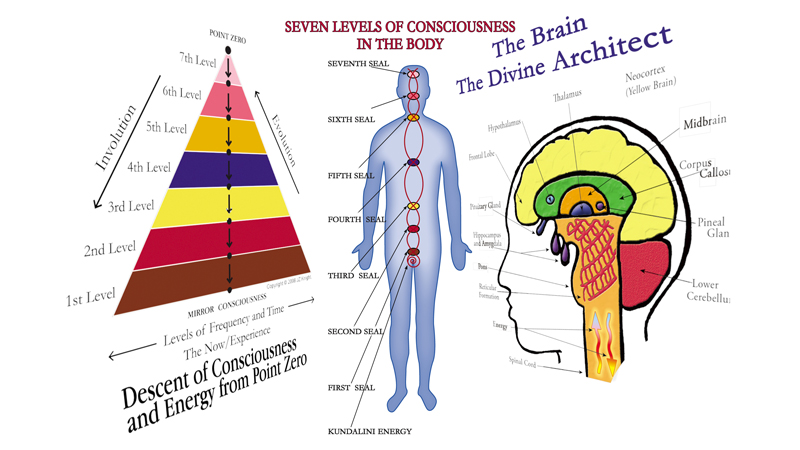 Using ancient wisdom and the latest discoveries in neuroscience and quantum physics, Ramtha’s School of Enlightenment (RSE) teaches students how to access the extraordinary abilities of the brain to “Become a Remarkable Life®.” RSE facilitates live events and streaming over the Internet in many languages.JZ Knight began publically channeling Ramtha in 1979. RSE was established in 1988 in Yelm, Washington. More than 100,000 people from around the world have attended Ramtha’s events.RSE’s unique, innovative approach combines many threads of contemporary scientific research to support the principle that God lives within each of us. The message that you are divine means that you have a direct experience with God, a direct channel. You do not need priests or missionaries to intervene on your behalf to deter you from a direct communion with God.

Where is the school located?

JZ’s home and the school campus are located near Yelm, Washington, about an hour’s drive south of SeaTac Airport on State Route (SR) 510. With a grand view of Mount Rainier,

The campus is a place of special beauty and deep serenity. Great cedar and fir trees grace the grounds, and a sense of timelessness prevails. Due to inaccurate reporting in the past, it is important to note that no students live on the campus. There are no dormitories. When an event concludes, the students leave the campus. All students are encouraged to be sovereign and to provide their own homes and livelihoods.

Is it a school or a Gnostic religion?

Ramtha’s School of Enlightenment is considered by its students, who currently number over 5,000, to have the most exciting, dynamic, and relevant educational and spiritual curriculum in the world. Since its inception in 1988, the philosophical and theoretical teachings of Ramtha have created experiences that are fundamental in establishing the truth of the teachings for the students. This school integrates contemporary knowledge with practical teachings, enabling students to gain wisdom. Ramtha’s School is not a school in the traditional sense of the word, nor is it a church. It is not a religion because it is not based on authority or belief. It is a unique academy whose broad curriculum is rooted in the experience of self. It offers students knowledge that allows them to expand their truth and broaden the boundaries imposed on them by society and convention. The school format creates conditions in which the students learn to apply knowledge that improves their ability to trust their spiritual instincts.

How is the school structured?

Ramtha’s School of Enlightenment has students from all over the world and all walks of life from six years of age and up. The starting point for the school is a Beginning Event. New students can attend the retreat at the school’s location in Yelm and at select international venues. An online version is also available via on-demand streaming. All programs are available in multiple languages. The next step for new students is a five-day Advancing Workshop. This course can be attended at the school’s campus or as an on-demand stream. If a new student desires to continue with their schooling and become a current student, they are required to attend a five-day Follow-Up event held toward the end of the year. The Follow-Up can be attended at the school’s location, via live stream, or the on-demand option in multiple languages.

How do you refer to the students?

Students refer to themselves as “students of Ramtha’s School” or “students of the teachings.” They do not use the term “followers.”

The school is based on the concept of learning through personal experience; following a charismatic individual or collecting philosophical phrases is not enough. For the same reason, words like disciple, adherent, devotee, and believer are not appropriate.

Who is the typical Ramtha student?

In 1996, Constance Jones of the California Institute of Integral Studies in San Francisco visited the school three times. Jones drew this demographic picture of Ramtha’s School from the 540 students she sampled:

A high number of students have college and post-graduate degrees. The average age is 41 years old. Some are former city dwellers who left to live in or near Yelm. “Leaving the city is about accommodating their changing values,” Jones said. “Most of the students have intentionally chosen to leave prestigious and high-income jobs and live with fewer resources. Money, prestige and fame are not as important as living closer to the land.”

Students report everything from greater self-esteem to miraculous healings (some medically confirmed), psychic phenomena, precognition, clairvoyance, remote-viewing, manifestations of objects, manifestations of wealth, and more joy in life due to what they have learned in the school.

In Jones’ closing remarks at the February 1997 conference, she stated, “These are people who have found extreme happiness, and it comes from their involvement with the school.”

How many students attend the Ramtha School?

More than 5,000 students participated in events in 2011. The current student body is 60 percent female and 40 percent male.

Where do the students come from?

The school recently completed a twelve-year worldwide tour of dozens of nations, presenting classes and training programs that explore the latent abilities of our brain and human potential. Students come from all over the United States and 93 foreign countries. Now most programs are conducted at the main campus in Yelm, Washington, and live-streamed via the Internet to students around the globe with simultaneous translation in multiple languages. RSE’s international coordinators provide regional programs in 22 countries.

Do students live close to the school?

Approximately 15 percent of the students live within a one-hour drive of the school.